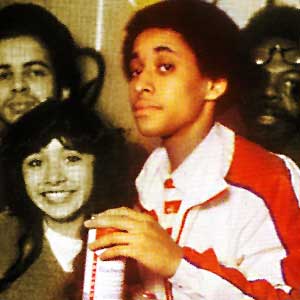 One of the greatest tragedies in graffiti folklore is the omission of Seen TC5 from the history books. He is undisputedly one of the most prolific artists from the third wave of graffiti. His influence reaches far beyond his notoriety. So many writers have admired or have been influenced by his contributions to hip-hop culture as being the first president of a true hip-hop crew.

The members of TC5 have been on the forefront of all elements of street culture from B-Boying, DJing, rapping, video production, journalism, clothing/ graphic design and last but not least graffiti art. Seen was a major influence at the High School of Art & Design during the 1980s. Many artist like Tack FBA, Lady Pink, Doze, Wiggles, Mare 139 and many others can say they rose to new heights through their association with Seen!

Always ahead of his time, Seen was also a litmus test for writers of his generation to compare themselves to. Not only were writers influenced by his style, they also mimicked his persona. If you spent enough time with Seen you soon learned the proper image needed to be an ice-cold artist.. Because he was the epitome of cool.

Upon investigation, the route cause of his historical omission is in fact self inflicted!

Due to Seen always trying to break boundaries by designing an ever changing array of aliases. This caused many onlookers and historians to catalog his work under multiple artists, when in fact it was the work of one. Seen’s many nom de plumes were First-aid, T-Square, Twice, Mr. Wiggles, Sub, Raff, Mugsy, Ruff Stuff the 3rd, Swirl, Pail, Gigolo, Minister and many more. This vast repertoire of akas gave Seen legendary status in yards and tunnels but for those not in the know it became a artistic who dunnit that hasn’t been solved till now. With this web-site the world will finally see the facts. So it can draw a proper conclusion about who the original Seen is.
Written by -Doc TC5

A prince that walked among kings. Down with the original TNT crew. Schooled by Phade TNT. Painted with and studied under Case2 and Butch2. Rocked the IRT’s with Crash, EN005, Dez, Skeme and Doze. TC5 was passed to him and Kem’s by Comet and along with Doze and Juice he built an artistic dynasty that will last forever.